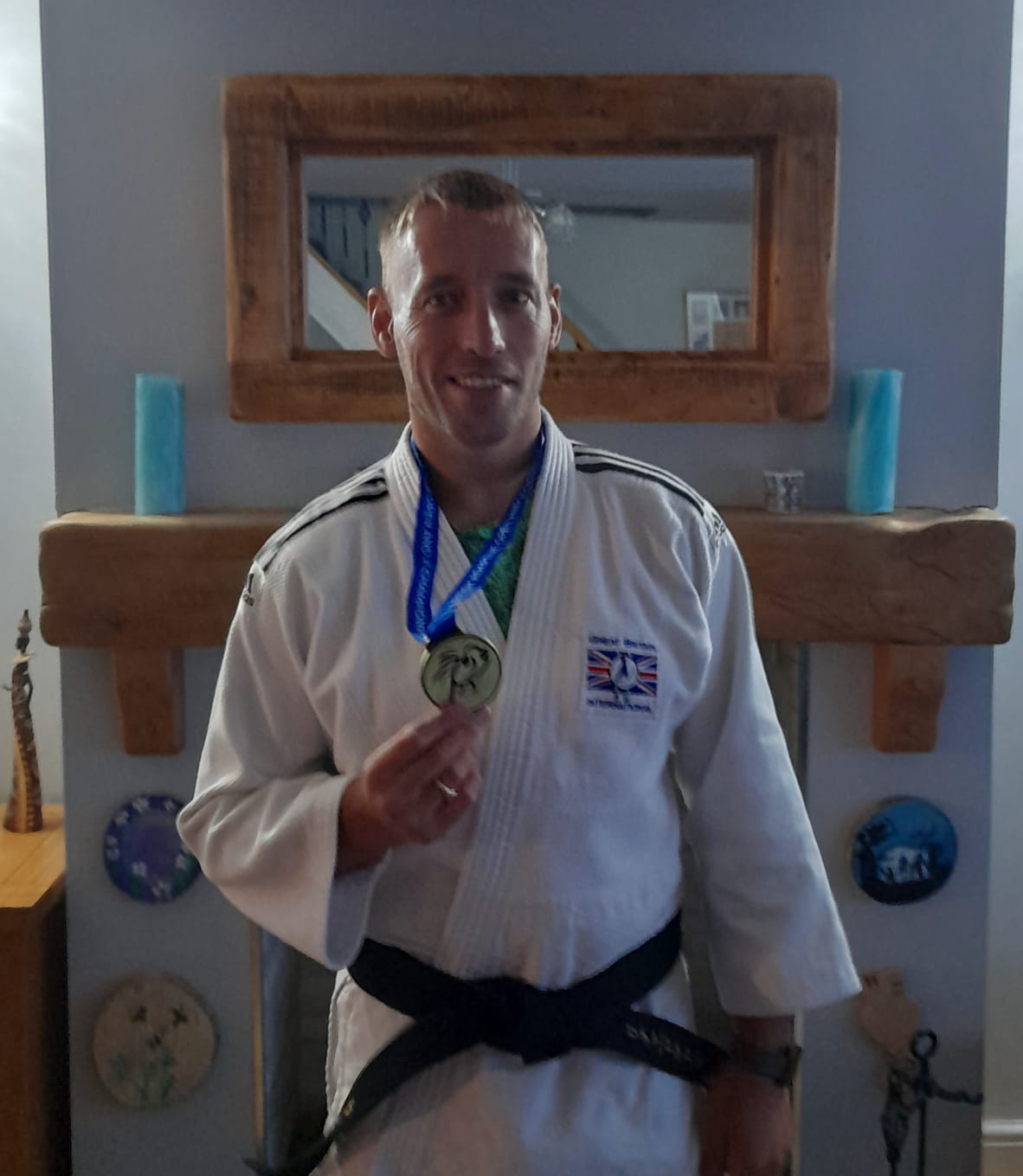 BACK TO LATEST NEWS

We are delighted to introduce you to an inspirational young man who we have the absolute pleasure of sponsoring.  Richard has just competed in the Adaptive Judo event at The British Open in Manchester and has come away with another Gold Medal!  I’ll let Richard tell you his story in his own words!

“I started judo at the age of 30 at the leisure centre in Glynneath. As I have Cerebral Palsy, I didn’t expect to be any good at it at all. I just thought it would be a good way to keep fit and make friends along the way.

After training for around 4 years my coach Mark Williams introduced me too Adaptive Judo. Adaptive judo is judo that has been adapted to allow people with all types of disabilities to train and compete with each other, whilst making it as fair and as safe as possible

I compete at level 3. This allows me to start a fight on my knees. Throughout a competition I grapple with an opponent and must pin both shoulders to the mat using a variety of hold downs for 20 seconds.

My first British championships was held in Cardiff where I won gold.  The location of the competition changes every year. This year it was held in Manchester. I was lucky enough to win gold here too.

Since I started competing in 2015, judo has taken me all over the place. I have competed in places like London, Scotland and Holland, with a bit of luck I will be able to compete in the first Swedish open in June 2023.

Unfortunately, adaptive judo is entirely self-funded at the moment. This is where I had the idea to send Clive a cheeky email asking him if he would be willing to sponsor me.

I couldn’t believe it when he asked me to pop into his office at Glynneath for a chat. I told Clive my story so far and he agreed to sponsor me.

I would like to take this opportunity to thank Clive for taking a chance on and for all of the support he continues to give me.”

We are so proud to be able to be a small part of this success and look forward to bringing you more news in the future!  Well done Richard, from all at John Pearce Transport.